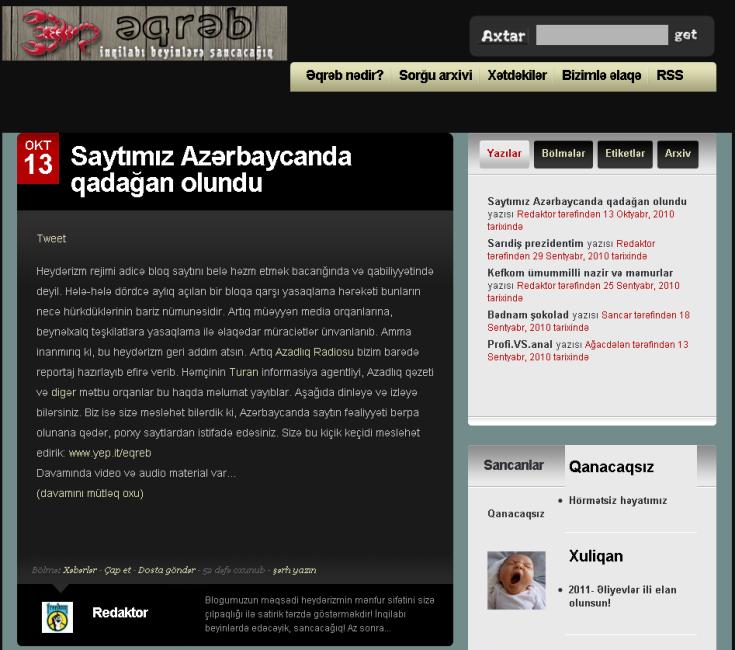 Access to www.eqreb.com website has been blocked in Azerbaijan since October 8th. Proxy servers are used for website access.
Founders of this website are not known to the community; they prefer to remain anonymous, citing security reasons, Radio Liberty reports. Information provided to Radio Liberty by website owners says that the access ban is a result of censorship. “Our website shares its approach to political and social processes in Azerbaijan with internet users. Observing a gap in this sphere we decided to use it and create such an online satirical magazine, and soon we faced such a ban in within Azerbaijani borders,” the information says.It is not the first time in Azerbaijan that such bans have been imposed. Earlier, “Tinsohbeti.com” and “Susmayaq.biz” websites, which sharply criticized the government, had faced the same kind of block. Later they failed to continue their operation
Previous Post