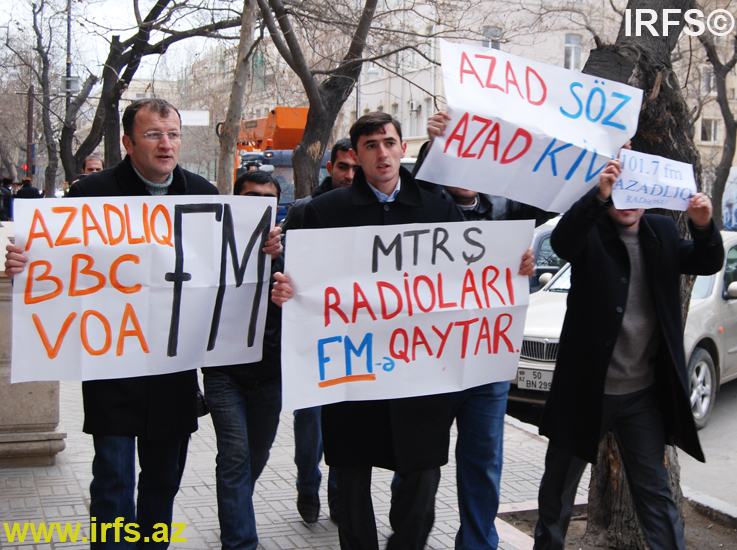 Today, 21 January, a group of Musavat Party Youth Organization’s activists attempted to conduct a demonstration in front of Azerbaijan's National Television and Radio Council’s building to protest against the ban on foreign radio stations broadcasting via FM frequencies in Azerbaijan.
The action, which was held under slogan “Free Speech!,” was dispersed by police. Nine participants were taken to the Sabail District Police Department #39. The police released the youth after holding them for an hour.
The broadcasts of "Radio Liberty," "Voice of America" and BBC via FM frequencies in Azerbaijan were ceased on 1 January 2009 on the basis of a decision that Azerbaijan's National Television and Radio Council issued on 30 December 2008.