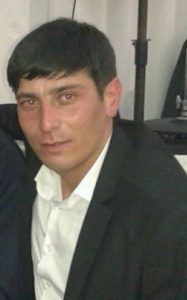 Elnur Farajov, an activist with APFP’s Neftchala branch, has been arrested and charged with position of drugs and intent to sell them, Neftchala branch chairman Aflatun Ahmadzade reported through his Facebook page.

Ahmadzade noted that Farajov was arrested on 9 December 2016 on trumped-up drug charges.

According to lawyer Nemat Karimli, in December 2016, an acquaintance of Elnur Farajov told him that he wanted to start a business in the region and to give him a job. They went to a tea-house together. At that moment, they were surrounded by the police and drugs were found in the other person’s pocket. He said he had got the drugs from Farajov. The man, who was found in possession of drugs, was not charged allegedly because he assisted in the investigation. Farajov, however, was arrested.

“Following Farajov’s arrest, his parents were told that he was not guilty and would be released soon. But eventually, the parents understood that they had been deceived and agreed to make the matter public today,” Karimli said, noting that Elnur Farajov’s arrest was purely political in nature.

Recall that, APFP member Elnur Farajov was jailed for 5 days in September 2016, allegedly for uttering expletives in the street after his participation in a National Council rally. Following his arrest, he was dismissed from his job. The complaint regarding that arrest is currently pending before the European Court of Human Rights.