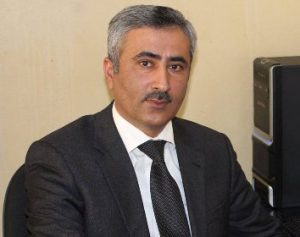 A new criminal charge under Article 220.2 (sedition) of the Criminal Code has been brought against the deputy chairman of the opposition Azerbaijan Popular Front Party (APFP) Fuad Gahramanli, lawyer Fakhraddin Mehdiyev told the Institute for Reporters’ Freedom and Safety (IRFS).

Fuad Gahramanli was arrested on December 8, 2015. He is charged under Articles 281 (making appeals against the state) and 283 (incitement of national, racial, social or religious hatred and hostility) of the Criminal Code.

The lawyer also shared Fuad Gahramanli’s own views on the charges. “Fuad Gahramanli has rejected all three charges and called the indictment fictitious. He also stated that his Facebook posts have been misinterpreted and falsified. Phrases, which he never wrote, have been included in the case file and attributed to him. He believes that this has to do with his political activity, and is aimed at his isolation from the society for a long time. Such an act on part of the investigating authority should be regarded as biased violation of his right to freedom of expression and to use the internet,” the lawyer said.