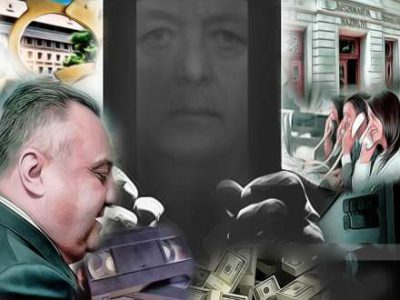 ➢ Witness Zakir Mustafayev said he did not know Chovdarov in person and had never appealed to him for assistance;
➢ Nasib Aliyev, who himself is charged with embezzlement, noted that Chovdarov had exacted money from him on three occasions.

Lawyers provided information on the hearing held without the presence of the media.

According to the lawyers, witness Zakir Mustafayev stated at the hearing that he was not personally acquainted with Akif Chovdarov and knew him only as his townsman. Mustafayev also reportedly noted that he had not appealed to Chovdarov for help in recovering the money owed to him by an individual named Zakir Badalov who had repaid only USD 270,000 out of the USD 500,000 that he owed to him.

In his statement provided during the preliminary investigation, Zakir Badalov stated that he had borrowed USD 100,000 on interest from his relative Zakir Mustafayev, and although he had repaid USD 125,000 in principal plus interest, Mustafayev had demanded additional USD 200,000 from him and blackmailed him by saying that he was a relative of Akif Chovdarov.

At the second half of the hearing, Nasib Aliyev and Aflatun Karimov testified as victims.

Nasib Aliyev, who is currently behind bars on embezzlement charges, said Chovdarov had exacted money from him on three occasions.

Victim Aflatun Karimov, in turn, said he had not suffered any material damage. He noted that he had been held in MNS custody for a day. Karimov added that he did not consider himself a victim and that nothing had been demanded of him.

The hearing will continue on 15 February.

While in office, Akif Chovdarov’s name was repeatedly mentioned in connection with pressures against journalists. In February 2008, Azadliq newspaper reporter Agil Khalil was attacked by Chief of MNS General Directorate, Colonel Akif Chovdarov and Directorate employee Daghbayi Allahverdiyev while filming the felling of trees in olive gardens in Baku. The journalist was beaten up and sustained injuries to his face, hand, chest and head and a broken finger. The attack was filmed by random passers-by and uploaded on the internet. After that, the journalist was persecuted by Chovdarov, repeatedly threatened and illegally prevented from leaving the country. Ultimately, the reporter managed to exit the country.