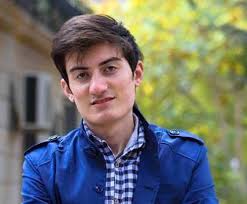 On 14 February, the father and the mother of Azerbaijan Popular Front Party (APFP) Youth Committee’s Board Chairman Ruslan Nasirli were taken to Saatli Regional Police Department. Ziyafet Huseynli, an activist of APFP’s Saatli branch, today reported that Nasirli’s parents have already been freed.

According to Ruslan Nasirli’s father Shamil Nasirli, officers of Saatli Regional Police Department came to their house to take his statement. After a phone call, he was taken to the police department. At the Department, he was told that his wife Maleyka Nasirova also had to come and give a statement. They were asked about their son’s whereabouts and whether they had a contact with him.

Shamil Nasirli noted that the head of Saatli regional executive power had filed a complaint with the police against Ruslan Nasirli.

The information on Shamil Nasirov and Maleyka Nasirova being taken to the police office was made public by Ruslan Nasirli, who went to Russia in September last year, the night when a criminal case was launched against him. Ruslan currently works in Russia. Since his departure, his father has been summoned to Saatli Regional Police Department several times. However, Ruslan Nasirli advised his father to not react to the summons. “Today (14 February), my dad and mom were taken to the police office because of me. I cannot do anything from here. I thought maybe I should come back and go to the police myself. But my friends advised against this idea. I expect all sorts of behaviour from them,” the youth said.

Ruslan Nasirli had stated that his father faced pressures and was beaten in the office room of Saatli regional executive power head following the National Council’s protest rallies in September last year. According to him, a criminal case was launched against him on charges of insult due to his subsequent social media posts.