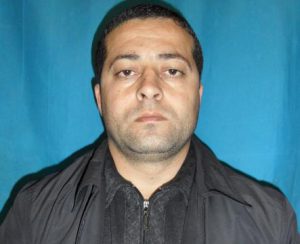 Elchin Ismayilli, correspondent of Azadliq newspaper in the district of Ismayilli, a regional center about 200 kilometers northwest of Baku, where mass protests calling for the local governor’s resignation have recently occurred, says he has been followed and intimidated in the pas few days.

The journalist, whose reporting has been instrumental in the coverage of the above-mentioned uprising, says he is followed by taxis without number plates every day. On January 31 Elchin Ismayilli called Institute for Reporters’ Freedom and Safety (IRFS) hotline to report intimidate seek an urgent advice on the measures to guarantee his safety.

The journalist says he was repeatedly intimidated by the district prosecutor, local administration and also deputy chief of police Shohrat Karimov, for leaking the news about the protest to the media.  ‘They claim that it was me who leaked this news to the media and also organized the visit of journalists and human rights defenders to Ismayilli on January 29. And they demanded me to stop doing so” said the journalist, adding that he has also received phone and SMS threats.

Journalist says he has been informed of a potential conspiracy or provocation against him. He has concern that he can be poisoned, hit by a car, or arrested in some way. ‘Only yesterday (January 31, 2013), when I went public about my case the surveillance stopped. Also, the deputy chief of police met me and said that there cannot be any provocation or conspiracy against me” said the journalist.

IRFS urged Elchin Ismayilli to file an official complaint with the Ministry of Interior.

IRFS will continue closely monitoring the case of Elchin Ismayilli.

Journalist prevented from doing his job