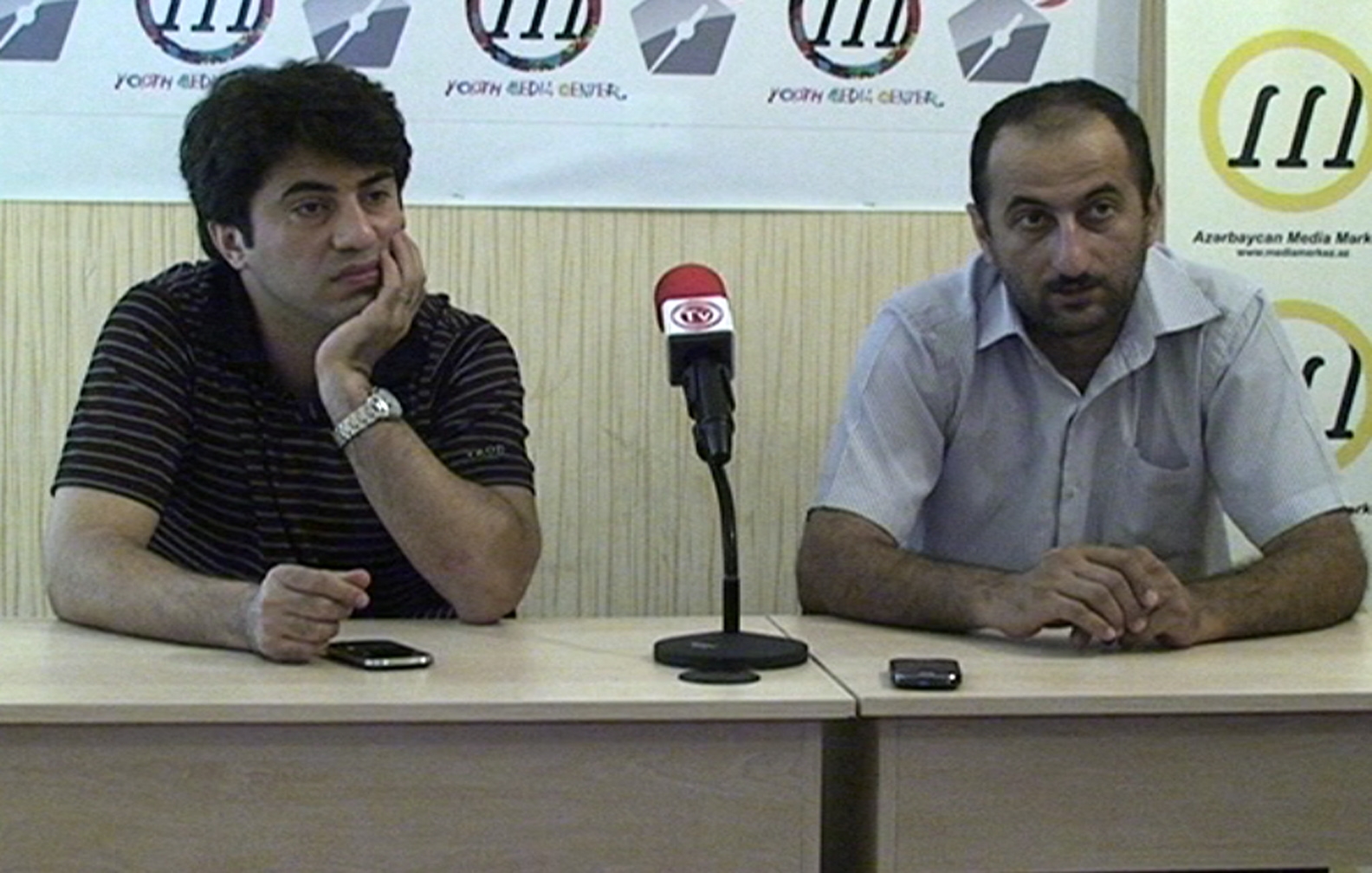 The continued campaign of fear and intimidation against journalists in Azerbaijan has been denounced by Institute for Reporters’ Freedom and Safety today, after the recent harassment of Ayna/Zerkalo journalist and IRFS staffer, Idrak Abbasov for his investigative reporting.

Early morning on August 28, at approximately 2:35am, unknown people tried to break into the car of Idrak Abbasov, the journalist himself told at the urgent briefing called by IRFS today. According to Abbasov this is just one from many others to intimidate him.
‘In the recent 15 days, there have been three similar incidents’, says Abbasov.
" We are at IRFS in no doubt that Abbasov was subjected to intimidation and threats which will have an impact on his ability to freely report on his areas of expertise and interest as a journalist," says IRFS chair Emin Huseynov.
"We condemn the continued harassment of those who are merely doing their jobs as journalists to inform the public debate, and call on the authorities to immediately investigate attacks on Abbasov and other journalists who have been subjected to either physical or moral pressure”, says Huseynov.
IRFS calls on the government to immediately stop the harassment and intimidation of activists and journalists in Azerbaijan, and to conform to international standards and commitments on freedom of expression and on the rights of human rights defenders.
"We stand in solidarity with our colleagues who stay true to their mandate to inform the public debate with professional, robust journalism under extreme duress, despite threats to their safety and the well-being of their families," says IRFS chair, Emin Huseynov.

The following are details of the incident, presented by Idrak Abbasov himself:

“On August 28 at about 2:35am, I heard the sound of alarm coming from my personal (Opel Astra) car. My wife and I immediately went out and we saw that the left rear door was open. We immediately informed neighbors and colleagues and called the Binagadi District Police Office #40.They told me that the criminal investigation group of the police office was in Hokmali village of Baku for another crime at that moment and that they would visit my place immediately upon their return to the office” says Abbasov, who also claims that he had seen the intruders.
“Then I called my brother, who lives nearby, and we decided to go to the police office together. On our way we saw two young men, who did not seem to be living in our settlement, so we decided to approach and ask who they were. The youths said they had got some work to do and would go to the 20 January metro station after that. When I asked whether they had identity cards or not, they ran away. Fearing that they might have guns, we did not chase them and went to the police office #40, where we also reported about the two youths. The police searched for them until 6:00am, but did not find them” said the journalist. Then police inspected his car and no theft or anything suspicious was detected.
“They try to intimidate me and my family, and plant guns or drugs in my car in order to result in my arrest. It does not seem like their intention was to steal something. As a rule, burglars would steal cassette or disc players. There is a cheap cassette recorder in my car, while my neighbor has got an expensive disc recorder in his car, furthermore he parks his car outside, and so it would be easier to break into his car. Then why does the intruder target my car, despite of failures?” says Abbasov.
On April 18, Idrak Abbasov was severely beaten by the security department of SOCAR, when he was shooting house demolitions and the opposition between SOCAR workers and the population of the Sulutepe settlement. His right eye and internal organs were damaged and two ribs fractured; his treatment is ongoing. A criminal case was launched into the case, but no one has been brought to justice. However harassment of the journalist and his family has not ceased so far.