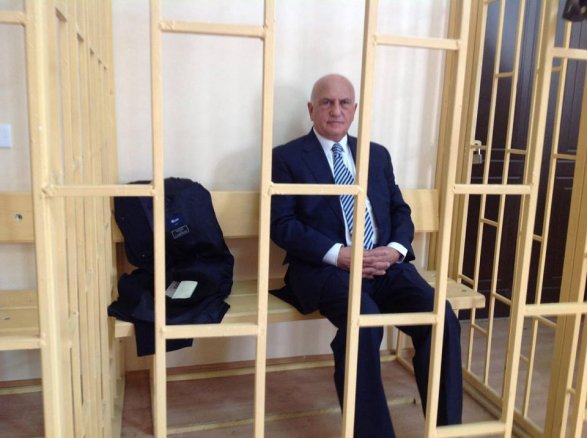 Insanov complained about detention conditions and said his placement into a punishment cell was unfounded. He noted that he had been put in the punishment cell without cause and was held there in unbearable conditions for three days without being served the standard food rations.

Background: Ali Insanov was arrested in 2005 on corruption charges and sentenced to 11 years in jail. In 2013, the European Court of Human Rights ruled that Insanov had not been given a fair trial. Based on the European Court’s judgment, the Plenum of the Supreme Court referred Insanov’s case to the Court of Appeals for reconsideration. In a decision issued in February 2014, the appellate court again upheld Insanov’s 11-year sentence.

In 2015, the Baku Court of Grave Crimes ordered the confiscation of Insanov’s honoraria deposited in foreign banks. Insanov appealed the decision and wrote a request to the Baku Court of Appeals noting his intention to not participate in the hearing. He justified his choice to not attend the hearing by the fact that he had been placed in a glass-encased cage and prevented from speaking at previous hearings.