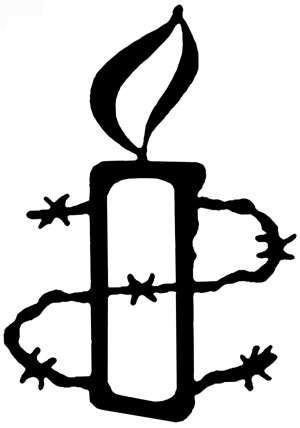 Amnesty International began a support campaign for imprisoned bloggers Adnan Hajizade and Emin Milli (Abdullayev). Information regarding Hajizade and Milli and the reasons for their imprisonment is on the organization's website.

“Amnesty International believes that Adnan Hajizade and Emin Milli are prisoners of conscience detained solely for the peaceful exercise of their right to freedom of expression,” read the information. “The two activists have used online networking tools, including YouTube, Facebook and Twitter, to spread information about the socio-political situation in Azerbaijan.”

The readers of the website are asked to send an email to Azerbailjan President Ilham Aliyev, calling for the immediate and unconditional release of Hajizade and Milli.

Supporters may simply sign their names to an email already written on the website.  In part, this email states: “As Azerbaijan is a party to the European Convention on Human Rights, your government has an obligation to protect the right to freedom of expression. I sincerely urge you to use all appropriate authority under your remit to uphold the right to freedom of expression of Emin Milli and Adnan Hajizade and set them free without delay.”

On 8 July, at approximately 8:00 p.m., Emin Milli and Adnan Hajizade were sitting at a table in “Lebonese”  (Livan) restaurant along with several other young adults, when two people that looked like sportsmen came up to them, and attacked them causing physical injuries. Although they appealed to police as victims, police detained Adnan and Emin as suspected persons for 48 hours and freed the attackers. On 10 July, Sabail District Court Judge Rauf Ahmadov issued a decision under article 221.2.1 (hooliganism) of the Criminal Code to sentence Emin Milli and Adnan Hajizade to two months pre-trial detention. On July 20 the Appellate Court upheld the decision of the lower court. The investigation of the criminal case was concluded and a criminal case under articles 221.2.1 (hooliganism) and 127 (inflicting intentional minor bodily harm) was opened against E.Millli and A.Hajizade and the case had been sent to court to be considered. According to the verdict of the Sabail district Court, Emin Milli was sentenced to 2,5 years imprisonment and Adnan Hajizade to 2 years imprisonment on 11 November. On 10 March, the Baku Appellate Court adopted a decision to uphold the verdict of the Sabail District Court. Local and international organizations recognized the youth bloggers as prisoners of conscience.