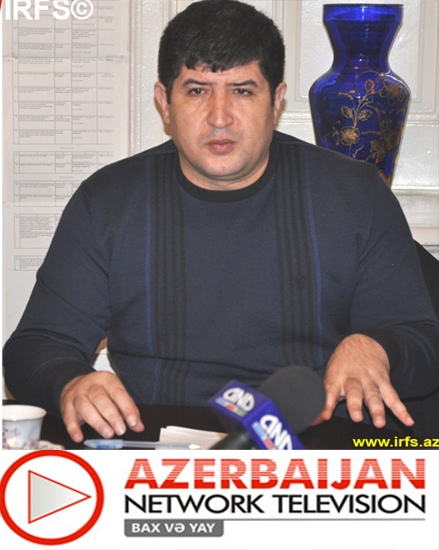 Journalist Shahvalad Chobanoglu and AN Online TV have won the Gerd Bucerius Prize for Press Freedom in Eastern Europe. Shahvalad Chobanoglu, who is known for his critical articles in opposition newspapers, received a 10 000 EUR award, according to Turan news agency. AN Online TV was also entitled to 10 000 EUR for being the only source of programs that are impossible to watch on state TV channels.
AN Online TV Head Emin Milli and project participant Adnan Hajizade are currently imprisoned.
On 8 July, at approximately 8:00 p.m., Emin Milli and Adnan Hajizade were sitting at a table in “Lebonese”  (Livan) restaurant along with several other young adults, when two people that looked like sportsmen came up to them, and attacked them causing physical injuries. Although they appealed to police as victims, police detained Adnan and Emin as suspected persons for 48 hours and freed the attackers. On 10 July, the Sabail District Court issued a decision under article 221.2.1 (hooliganism) of the Criminal Code to sentence Emin Milli and Adnan Hajizade to two months pre-trial detention. On July 20 the Appellate Court upheld the decision of the lower court. The investigation of the criminal case was concluded and a criminal case under articles 221.2.1 (hooliganism) and 127 (inflicting intentional minor bodily harm) was opened against E.Millli and A.Hajizade and the case had been sent to court to be considered. According to the verdict of Sabail district Court, Emin Milli was sentenced to 2,5 years imprisonment and Adnan Hajizade to 2 years imprisonment on 11 November.
Previous Post