APPEAL TO BE FILED AGAIN 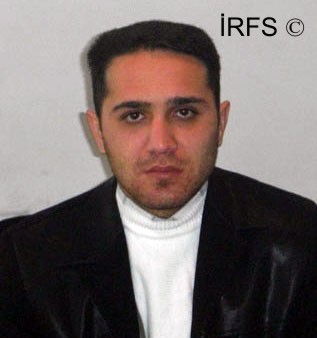 "Yukselish Namine" Newspaper has filed an appeal against the decision adopted on newspaper's lawsuit against Sumgayit Prosecutor's Office, and today a preparatory hearing on this complaint took place under the chairmanship of Sumgayit Appellate Court Judge Ilham Hasanov.
Judge Hasanov asked the newspaper to file a different lawsuit on each accusation. Judge didn't accept the indictment for investigation claiming that the application is not filled out correctly, and thus he upheld the decision adopted by Sumgayit City Court.
Today in the Sumgayit Appellate court, under the chairmanship of Judge Ilham Hasanov, a preliminary hearing was conducted for an appeal filed by “Yukselish Namina” Newspaper against the lower court’s decision on their lawsuit against Sumgayit’s Prosecutor. Judge Hasanov order the “Yukelish Namina” Newspaper’s representative to file their complaints in separate lawsuits. Then the judge, claiming that the complaint had not been properly written up, adopted a decision to dismiss the case, thereby upholding the lower court’s decision.
“Yukselish Namina” journalist Elchin Hasanov told the Institute for Reporters' Freedom and Safety that an appeal will be filed against this decision after corrections are made to their complaint.
Recall that "Yukselish Namine" Newspaper Chief Editor Elchin Mammad and newspaper correspondent Elchin Hasanov were subjected to beat and insulted by Sumgayit State University Director Nadir Gahramanov and Deputy director Mammad Ahmadov on 27 June 2007. They appealed to Sumgayit City Prosecutor's office about this incident, but the Prosecutor's Office delayed the case for three months before sending a reply. It was stated in the letter that it wasn't possible to determine the case described in the application and that is why to the journalist’s request to open a criminal case was rejected. The Prosecutor's Office didn't reply to any of the appeals that were filed afterwards. Therefore the journalists filed a lawsuit against the Prosecutor's Office. In the current appeal they are asking for the Prosecutor's Office to be fined 20,000 AZN and for a copy of the decision about not opening a criminal case to be given to them. Sumgayit City Court refused to consider the case, stating that the application was filled out incorrectly. That is why the journalists appealed to Appellate Court.

LAWSUIT AGAINST NEWSPAPER NOT ACCEPTED FOR CONSIDERATION