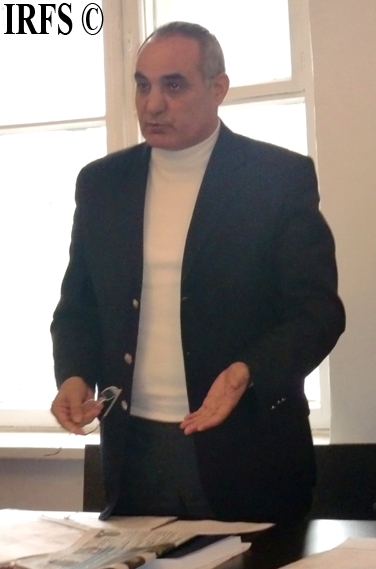 Today, 13 April, in the Nasimi District Court, under the chairmanship of Judge Ikram Shirinov, a hearing was held on the lawsuit of Tezadlar newspaper editor-in-chief Asif Merizli against Press Council Chairman Aflatun Amashov.
Tezadlar newspaper editor-in-chief Asif Merzili took part in the hearing, however neither his lawyer nor the representative for the Press Council took part in the hearing.

In addition, a decision was adopted to send A.Merzili`s appeal against the decision (30 March, 2010) on his lawsuit against Aflatun Amashov to the Appellate Court.

The defendant’s appeal against the court decision “to ban Press Council Chairman A.mashov’s unfounded actions” (issued on 30 March 2010) was not fulfilled and the decision was upheld.

On September 16, 2009, PC included Tezadlar newspaper on the list of “racketeering” publications after an article regarding the opening of Turkey-Azerbaijan borders was published in the newspaper on 29 August, 2009.  A.Merzili filed a lawsuit to defense his honor and dignity and demanded defendant be paid compensation. The newspaper’s editor-in-chief A.Merizli filed a lawsuit against Press Council.