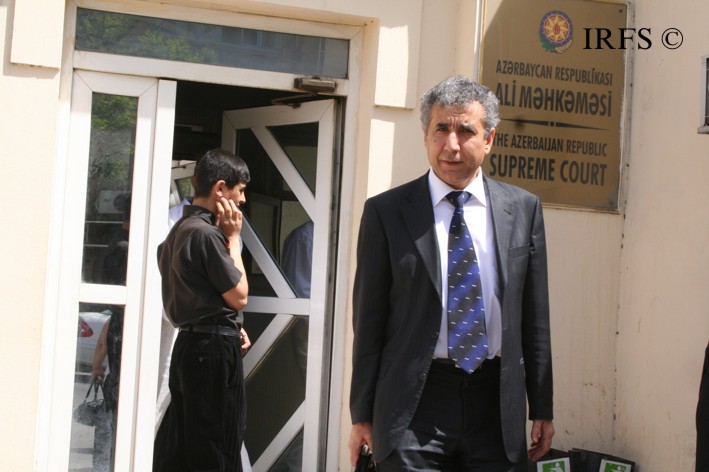 Yesterday, 20 July, under the chairmanship of Baku Appellate Court Judge Ismayil Valiyev, a decision was issued on the appeal of Intigam Aliyev and Nurlana Aliyeva against the decision of the Nasimi District Court adopted on the lawsuit of Shaki Appellate Court Judge Gazanfar Karimov against “Legal Enlightenment Society” President Intigam Aliyev and lawyer Nurlana Aliyeva for insulting honor and dignity. According to LES, the Appellate Court upheld the lower court’s decision.
In his lawsuit against the defendants G.Karimov claimed that the thoughts published in the book about him – “Judges’ Discipline Responsibility” (2008) have damaged his honor and dignity. I.Aliyev and N.Aliyeva are the editors of the book.
Note that the Nasimi District Court adopted a decision to partially fulfill the lawsuit of Gazanfar Karimov. According to the decision, Intigam Aliyev and Nurlana Aliyeva have to pay a fine in the amount of 1000 AZN, apologize and publish a refutation.

The defendants have filed an appeal against the decision of the Nasimi District Court claiming that their rights to fair investigation and freedom of expression envisaged in articles 6 and 10 of the Convention about human rights and fundamental rights were violated.

INSTITUTE FOR REPORTERS’ FREEDOM AND SAFETY TO APPEAL TO COURT