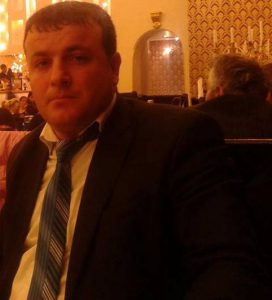 On November 25 Shirvan Appellate Court granted the appeal filed by Mikayil Talibov, former employee of commercial bank “Access”, revoking the first-instance court verdict passed on him in a defamation case. Institute for Reporters’ Freedom and Safety (IRFS) has been informed about this by Talibov himself.

According to Talibov, the case was referred back to the Astara district court for re-consideration.

“The Appellate court’s judge Alasgar Novruzov concluded that Astara district court considered the case through violating my right to due process” said Talibov.

Background: Mikayil Talibov is one of the first victims of the legislative changes providing for criminal liability for defamation on the internet. As such, in July of this year Talibov was sentenced to a one-year public labor for his “libelous” Facebook posts under which 20 per cent of his monthly income would be deducted into the state budget for a period of one year. The punishment stems from Talibov critical views that he had posted in “Accessbank-Haqsizbank” (“Accessbank- Unfair bank”) Facebook page created by him. The court ordered Talibov to publish a refutation on Facebook as well