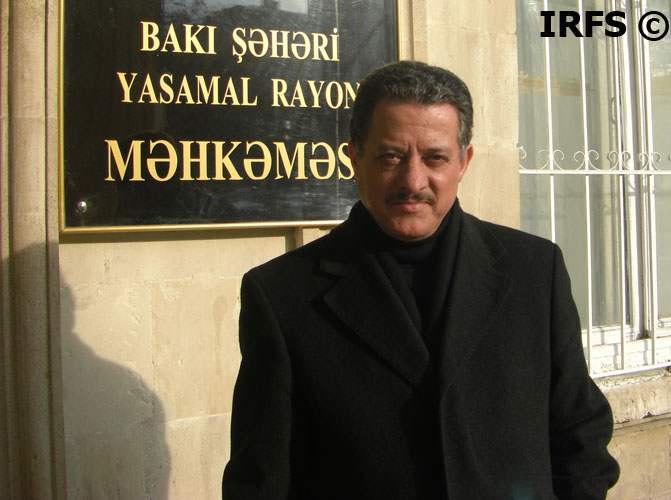 Last week Vice Chairman of Yasamal District Department of Court Decisions Execution Office Zaur Abdullayev sent a letter to "Gaya", "Gasid" and "Azermatbuatyayim" firms and to "Baki Khabar" newspaper stating that an arrest was put on financial means of "Baki Khabar" earned from its sales.
In the letter it was noted that a complaint could be filed in Yasamal District Court to overturn this decision, adopted by the Yasamal District Court on 28 December 2007. Chief Editor of "Baki Khabar" Aydin Guliyev filed a complaint on the basis of this letter. Today a court hearing on this case took place under the chairmanship of Yasamal District Court Judge Tahir Ismayilov.  Zaur Abdullayev and Aydin Guliyev participated in the hearing. After both sides came to an agreement judge adopted a decision. According to this decision the arrest on the financial means of the newspaper has been revoked. And the newspaper will make monthly payments until its fine is paid off.
Recall that "Baki Khabar" Newspaper was fined for 2179 manats and 40 gepiks due to a lawsuit file by Ujar region resident Shahlar Alakbarov. The newspaper agreed to pay the fine in parts.

NEGOTIATIONS TO BE CARRIED OUT TO RESTORE RTR TV CHANNEL BROADCASTING