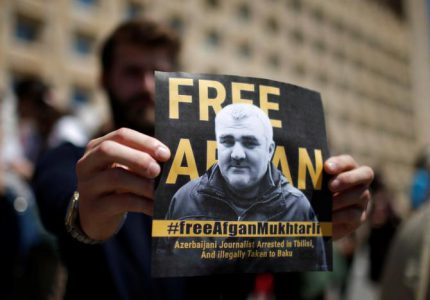 Lawyer Elchin Sadigov has met with arrested journalist Afgan Mukhtarli.
According to the lawyer, Afgan Muktharli still suffers from his health problems. “Mukhtarli has not been examined for his cardiac pains, although he has repeatedly applied to be seen. His blood sugar is still high and he has problems with blood pressure,” Sadigov noted.
Previous Post

IRFS Statement: The European Union and The Council of Europe Must Strongly Respond to The Human Rights Violations Committed by The Azerbaijani Authorities