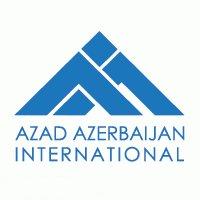 EYNULLA FƏTULLAYEV’S AWARD WAS PRESENTED TO HIS FATHER