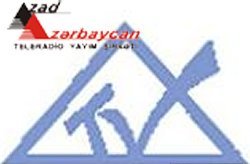 On 5 October a meeting was held at “Azad Azerbaijan” TV and Broadcasting Company regarding the level and format of programs being shown on this TV broadcaster.

According to ATV, shortcomings were discussed related to criticism voiced by Presidential Administration Head Ramiz Mehdiyev regarding TV channels; and a decision was adopted to cease the “Performance” and   “Tam serbest-solo” programs and the SMS online service. The theme of the “Onlar” program has been changed and from this point forward this program will operate as a cultural program.
The company is preparing to broadcast the “Korpem” program that is aimed at teaching parents about problems between mothers and children. The “Irsimiz” project, which will be investigating national and cultural issues will be lead by honored artist Abdul Mahmudbayov. New ethnographic project “Sirli Azerbaijan” will be about Azerbaijan’s history. In addition, the military patriotism project “Ordum Var”, and “Mugam Ojagi” are new projects that will be broadcast on ATV.
A decision was made during the meeting to create a Feature Council consisting of well-known intellectuals. This council will provide consultations when new programs and projects are realized on ATV. The national TV and radio Broadcasting Council has been informed of these changes. On 4 October Academic, Presidential Administration Head Ramiz Mehdiyev’s article, “TV sector of Azerbaijan: problems and duties” was published in the “Azerbaijan” newspaper. Shortcomings in the work of TV and Radio channels, especially shallow programs regarding show business were criticized in the article.

THREAT AND INSULT AGAINST JOURNALIST CONTINUES