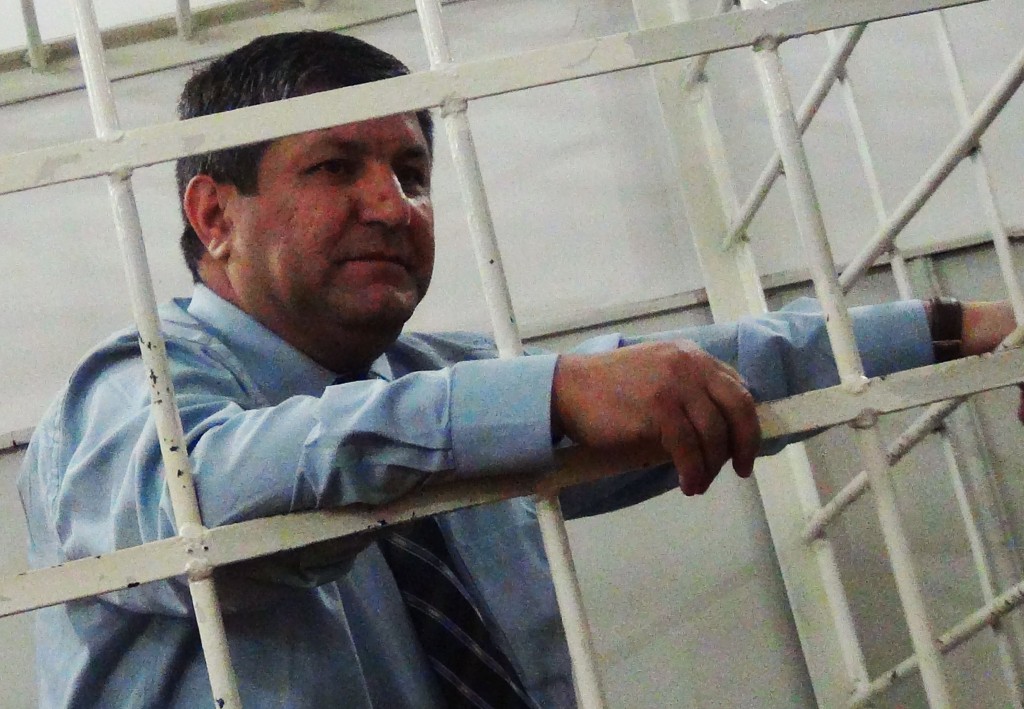 In his testimony, Zeynalli quoted former MP Gular Ahmadova as stating that she was granted house arrest in return of 100,000 AZN (approximately the same amount in EUR) and asked the jury how much he had to pay for a similar decision. Zeynalli recalled that Ahmadova is involved in a criminal group led by Presidential Administration head Ramiz Mehdiyev, not the least she is a part in the murder of Sevinj Babayeva, another participant of the scandalous bribery case. According to Zeynalli, Ahmadova is involved in child trafficking and sexual blackmail of high-ranking state officials.

In response to the sharp reaction from the judge, Zeynalli said he wished the judge to be charged with presiding over the trials of Gular Ahmadova, the ‘Grey Cardinal’ and other ‘cardinal’s.

Avaz Zeynalli filed a petition asking the court to ensure the presence of several people in his trial, so they are testified as witnesses. These persons include investigator Gabil Gasimov who was responsible for preliminary investigation of Zeynalli’s case, Gular Ahmadova’s son Togrul Ahmadov, judge of Baku Grave Crimes Court Agababa Babayev, experts who had examined the secretly recorded conversation, and Presidential Administration head Ramiz Mehdiyev and department head Ali Hasanov.

Announcing that she would decide the petitions in the next hearing, the judge postponed the trial until January 16, 3:00pm.

Lawyers stunned after the lead plaintiff in Zeynalli case pulls out