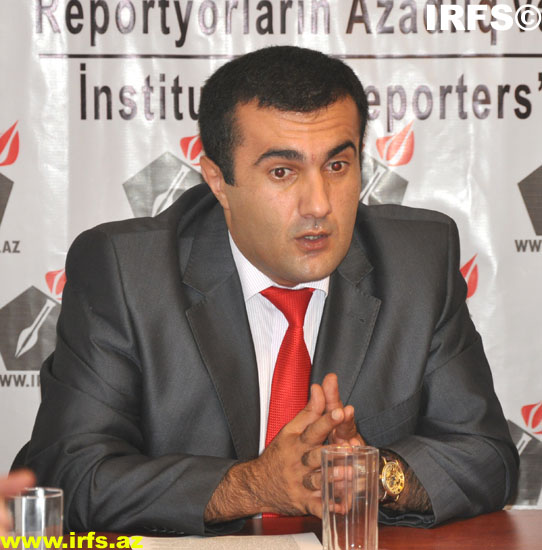 Yesterday, 18 November, in the Baku Appeal Court, under the chairmanship of judge Jamal Namazov, a hearing was held on the civil lawsuit of the Director of “Vilash” water depot in Masalli region Agabey Agayev against Ayan newspaper given from Nasimi District Court’s verdict. Ayan newspaper editor-in-chief Javid Alasgaroglu told this to the Institute for Reporters’ Freedom and Safety (IRFS).
J.Alasgaroglu said that he was not informed of the hearing beforehand. He was told about it by phone by the Appeal Court only after the hearing.
“I received a phone call from the Appeals Court that the preliminary hearing was held and the hearing on this case was scheduled for 25 November, at 10.00 a.m.,” said Alasgaroglu.
Agabey Agayev, the Director of “Vilash” water depot in Masalli region named after Heydar Aliyev, filed a civil lawsuit against Ayan newspaper for the article “1000 people are in danger,” and demanded that the newspaper pay 50,000 AZN in fines and publish a refutation. But the lawsuit was considered unfounded and was not fulfilled according to the Nasimi District Court’s decision on 9 October. The plaintiff appealed the decision.
Previous Post