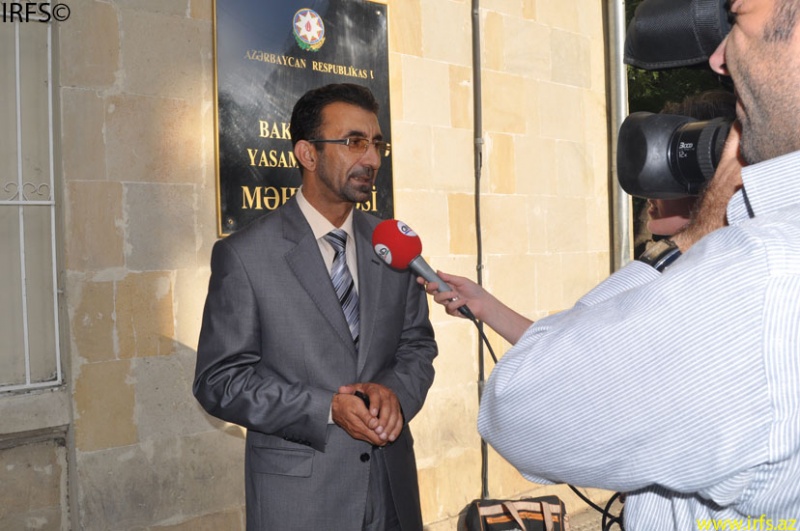 The Court hearing on the petition filed by the Editor-in-chief of Azadlig newspaper, Ganimat Zahid was summed up in Yasamal District Court on 16 September. The hearing was presided over by Judge Khagani Tagiyev.  The Judge passed a decision about rejection of the petition.
After the hearing, the editor-in-chief told Objective TV that he will appeal the decision.
Ganimat Zahid filed a petition for removal of the previous conviction from him.
Ganimat Zahid was convicted under articles 127.2.3 (hooliganism with intentional infliction of minor bodily harm) and 221 (hooliganism) of the Criminal Code and imprisoned for four years. On 17 March, he was pardoned under a pardon decree signed by Azerbaijan Republic President Ilham Aliyev.
Azadlig newspaper has been published since 1989 and operates as daily newspaper.
Previous Post