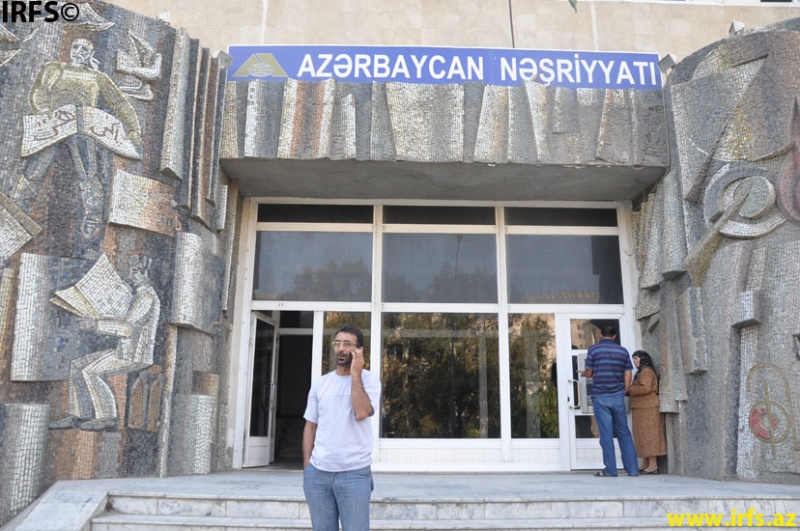 Azadlig newspaper Editor-in-chief Ganimat Zahid told the Institute for Reporters` Freedom and Safety that the employees of Azadlig newspaper were not allowed to enter the Azerbaijan Publishing House today, 2 August,.

Zahid added that although he tried to meet with publishing house director Agabey Asgerov, he was told that Asgerov did not have time to meet.

Azadlig newspaper owes the publishing house 15 thousand AZN to. When they heard that money was given to the newspaper because of the 135th anniversary of the national press, they took this step to take money from us.  I did not object to pay our debt with this money, but we did not receive money,” said Zahid. He added that he will appeal to the President and ask him to transfer the money that was given to the newspaper into Agabey Asgerov`s account.

Although we contacted Azerbaijan Publishing House regarding this issue, it was impossible to speak to anyone who is in leadership.

Azadlig newspaper has been operating since 1989, and it is published as daily newspaper.