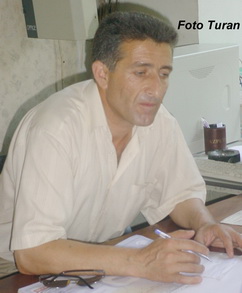 Arshad Ibrahimli, Azadlig newspaper’s regional reporter was called to police department in Ganjabasar. A.Ibrahimli told the Institute for Reporters’ Freedom and Safety (IRFS) that he was searched by the employees of the Ganja city Nizami District Police Department on 14 January. Ibrahimli said that he demanded an official invitation from the Nizami District Police Department Operation Commissioner Siyavush Shukurov, who had called the journalist.
“After this Nizami DPD chairman Agahuseyn Mammadov called me and demanded that I go to the department,” said Ibrahimli. “Mammadov said that it would be tough for me if I didn’t go.”
A.Ibrahimli said that he has faced similar kinds of pressure incidents in the past repeatedly and he assumes that this time he faced harassment due to his coverage of the protest action that a group of education workers tried to hold in front of the Executive Administration a few days ago.
During his phone conversation with IRFS, the Ganja city Nizami District Police Department Chief Agahuseyn Mammadov confirmed that the journalist was called to the police department. However, the Department Chief did not explain why A.Ibrahimli was called to the station.
“Anyone can be called to the police department,” said A.Mammadov. “Official invitation is not necessary for this. He wants to make unnecessary noise. A.Ibrahimli can come to the police department to learn why he was called to the department.”