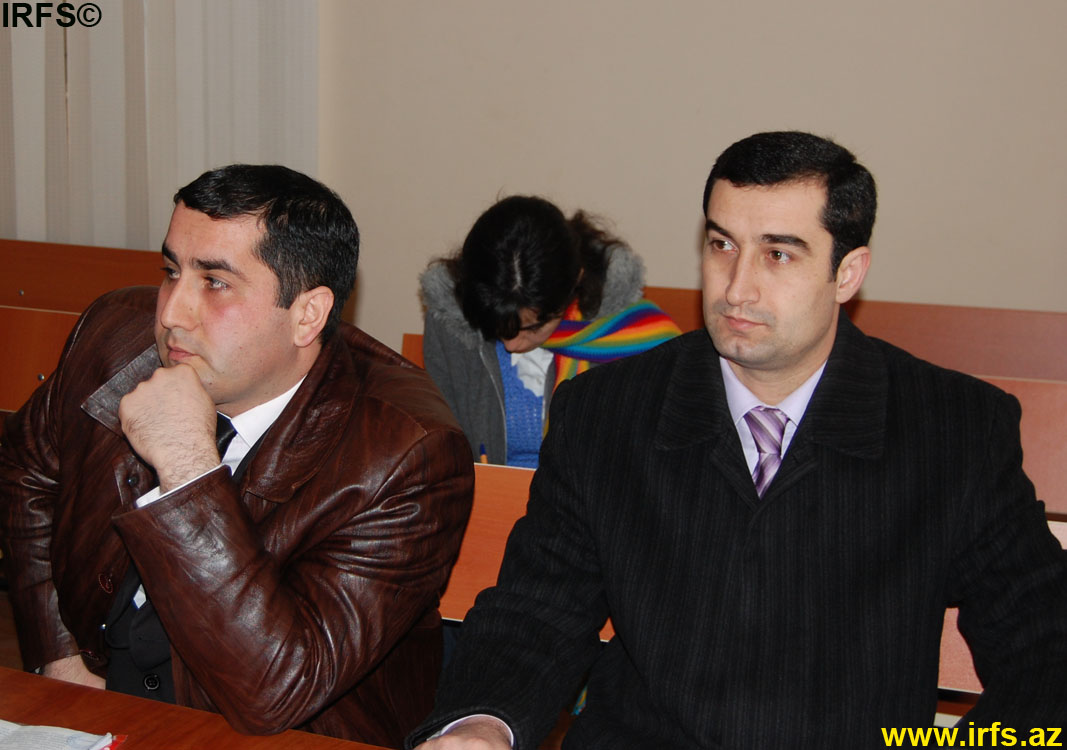 Today, 28 January, in the Local Economy Court #1, under the chairmanship of Judge Tahira Asadova, a hearing was held on the joint lawsuit of "Azerbaijanfilm" Film Studio and Professional Cinema Producers Guild against Public TV and Radio broadcasting. During the hearing lawyer Akbar Bagirov presented the plaintiff and lawyer Javid Aliyev represented the defendant.
Lawyer Akbar Bagirov claimed that the author rights of the plaintiff have been violated. He said that since Public TV began operating, it has been broadcasting films on which "Azerbaijanfilm" Film Studio and Professional Cinema Producers Guild have copyright without the signing of any contract or the payment of honorariums.

“Althugh numerous appeals have been made to the Public TV to sign contracts, the channel has refused to do so,” said Bagirov. “We are demanding that the defendant be involved in civil case for violating author rights and having lots of debts, that the broadcasting of those movies be banned until contracts are signed and honorariums considered for them are paid."

Then Akbar Bagirov filed a motion stating that the interference of any organ and mass media during the hearings is unacceptable.

“On 24.01.2009 a 30 minute program was broadcast on Public TV about the problems of Azerbaijani Cinema which is against legislation,” said added Bagirov. “Therefore, we ask for a decision about the ban of this kind of programs during the court proceedings to be adopted and sent to the National TV and Radio Broadcasting.”

The defendant’s lawyer Javid Aliyev stated that he wants to speak during the next hearing.

The next hearing is now scheduled to take place on 3 February at 4:00 p.m.