TV presenter and his family threatened with death 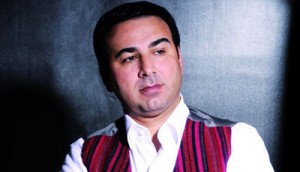 Ilham Mirzayev, presenter of ‘Etibar Edin’ (Rely on us) program broadcast on Space TV, was attacked on June 14, reports the anspress.com website. According to the report, late on Friday when Mirzayev left the Space TV through the back door and was heading towards his car, he was suddenly attacked by four men, who had disguised their faces. The men threatened to kill the TV host and his family, and left.

Yesterday the journalist sent complaints to the prosecutor’s offices of Narimanov district and Baku city.

Ilham Mirzayev was assaulted allegedly for providing assistance to a person, who had turned to his ‘Etibar Edin’ (Rely on us) program for help.

IRFS efforts to contact and speak to Ilham Mirzayev have so far failed .

Journalist attacked and beaten while performing his job