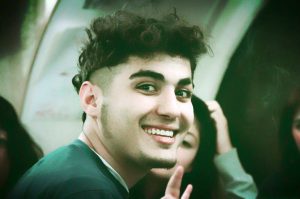 IRFS Chairman, blogger Mehman Huseynov, who has recently been sentenced to two years in jail, has been transferred to Prison #14 of the Penitentiary Service of the Ministry of Justice, as reported by lawyer Elchin Sadigov.

Common-regime prison #14 is located far from Baku, in Gizildash settlement of Garadag district. The prison is infamous for protest actions stemming from the cases of torture. There is currently no other political prisoner except Mehman Huseynov in this prison.

Recall that, the lawyer met with Mehman Huseynov in the detention centre on 19 April. “After Baku Appeal Court’s decision dated 12 April 2017 was received by the Detention Centre, Mehman Huseynov was moved from his cell to a transit cell with other inmates. He is dissatisfied with the detention conditions in this cell. The minimum conditions required for inmates have not been provided for him since his relocation“ the lawyer had noted.