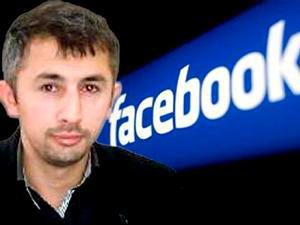 Blogger Rashad Ramazanov, who was arrested on 9 May 2013, charged under Article 234.4.3 of the Criminal Code and sentenced to 9 years in jail by Baku Grave Crimes Court on 14 November, has recently been put in solitary confinement in Prison #2, Ramazanov’s lawyer Azer Nagiyev said.

On 23 January, Nagiyev went to Prison #2 to learn the reasons why the blogger was placed in solitary confinement. However, the lawyer was neither told the reasons nor was allowed to meet with his client. The lawyer is planning to complain to the Penitentiary Service in this regard.

Blogger Rashad Ramazanov (Rashad Aghaddin), who has been recognised as a prisoner of conscience by Amnesty International, is known for his strong criticism of the Azerbaijani authorities. The blogger used his Facebook page to share posts and articles on the topics of religion, freedom and justice.