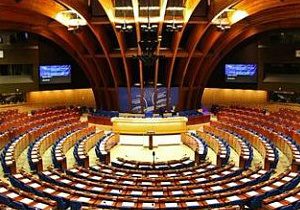 On 16 January the Institute for Reporters’ Freedom and Safety (IRFS) published a letter addressed to the Parliamentary Assembly of the Council of Europe (PACE) in relation to the criminal proceedings launched against former PACE Vice-president Mr Luca Volonte.

In the light of the corruption scandal looming over the integrity of PACE, IRFS together with 59 members of Azerbaijani civil society and 19 international organisations, appeal to PACE to take appropriate measures and a principled stance in relation to allegations about corruption scam orchestrated by Mr Volonte in cooperation with two members of Azerbaijani delegation Elkhan Suleymanov and Muslim Mammadov.

In particular, the letter calls on PACE to expel the two aforementioned individuals, suspend the voting rights of the Azerbaijani delegation, conduct a thorough investigation into the bribery case by appointing a special ethics commission, and appoint a reputable rapporteur on political prisoners in Azerbaijan.

Following the publication of the letter by IRFS, several international organisations have also publicly addressed the allegations of venal practices at PACE.

Given the serious nature of the allegations on corruption in PACE, Transparency International issued a statement urging the Council of Europe to publicly affirm that corruption in the pan-European institution is unacceptable, support “establishment of a special integrity framework in PACE” and carry out an independent and thorough investigation into circumstances surrounding the vote on the resolution on political prisoners in Azerbaijan.

In turn, Amnesty International sent a letter to the president of PACE Pedro Agramunt and other officials at the Council of Europe on the suspicious money transfers and other violations of the Parliamentary Assembly’s code of conduct with connection to its work on Azerbaijan. Amnesty International, taking into account that the allegations of improper conduct are “serious, credible and risk gravely undermining the integrity and credibility” of PACE, recommended to establish an independent inquiry into “all allegations of improper conduct, undeclared interests and corruption” with respect to Azerbaijan.

These calls by IRFS and international actors have triggered enormous debate at the Council of Europe last week. Several national delegations to the Parliamentary Assembly (Nordic, Baltic, Swedes, Benilux) and a large number of members called for immediate investigation and review of corruption practices.

Outraged by serious allegations of corruption at PACE, its Committee on Rules of Procedure, Immunities and Institutional Affairs unanimously adopted the declaration in which they called for the review the Assembly’s procedures, as well as the principles and mechanisms established by the code of conduct for members of the Parliamentary Assembly.

Finally, on 27 January, the Bureau PACE agreed with the declaration by the Rules Committee, on allegations of corruption and fostering of interests made against some members or former members of PACE, and unanimously supported a three-fold approach to dealing with the matter.

In a desperate attempt to discredit work of independent civil society actors in highlighting corruption scam involving representatives of the government of Azerbaijan and members of PACE, 96 pro-governmental Azerbaijani NGO’s addressed the president of PACE Pedro Agramunt in their own letter branding the efforts to bring light to corruption at PACE as “a smear campaign” aimed at jeopardising relations between Azerbaijan and Europe. This move by pro-governmental actors can be viewed merely as tactic to detract attention from the corruption scandal and endeavour to cover up involvement of Azerbaijani officials.