Yet Another Youth Activist Apprehended 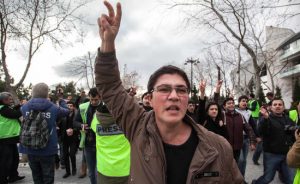 Today, on 16 January, Binagadi district court issued a decision on the arrest of the youth activist. It is unclear, what he is charged with. No official statement has been made on Rahim Valiyev’s arrest. Rahim Aliyev himself phoned his family and informed them of the fact.