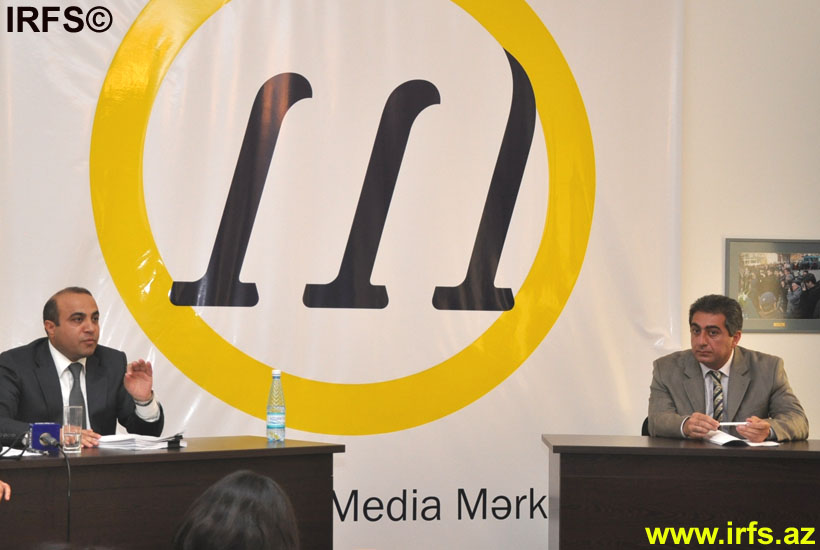 Today, 29 June, in the Azerbaijan Media Center, NGO State Support Council Chairman Azay Guliyev conducted an event in connection with the proposed changes and amendments to the Law on Non-governmental Organizations (Public Unions and Foundations).
Azay Guliyev reported that during today’s meeting of Milli Mejlis Committee for Law Policy and State Building, proposals that concern NGOs have been discussed again, and a decision was adopted to remove all proposals that concern NGOs and affect civil society negatively. Parliamentarian A.Guliyev emphasized that the draft law will be discussed in the form of a new proposal packet during a meeting to be held at Milli Mejlis tomorrow.
Civil Society Defense Committee (CSDC) members said that this verbal disclosure is intended to divert attention. They stressed that the proposed changes are antidemocratic in general; they infringe law, and therefore should be removed from the discussion.

SCDC Working Group members told media representatives that a protest action will be held in front of Milli Mejlis tomorrow, at 11:00 a.m.