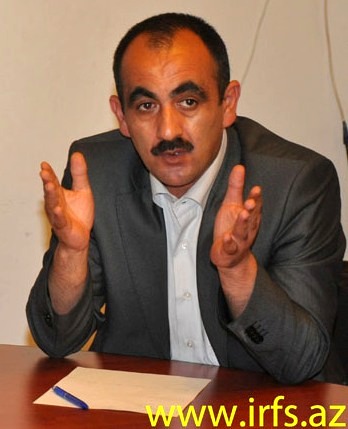 Clothes totaling 300 AZN, bought in Turkey by IRFS correspondent to Nakhchivan Elman Abbasov for his family,  were confiscated by employees of the Customs Office at Nakhchivan International Airport on October 14, Abbasov reported to IRFS.
“I was with my relative. Of the 150 passengers, only my relative and I were detained and required to write a customs declaration. I questioned them about the reason and they said it is requried by law. I was held for 3 hours. Then my bag was opened, my things counted, and a declaration was filed. The clothes that I had bought for my family were deemed to be ‘for commercial use’ and confiscated.”
The journalist reported that the goods brought by passengers from Turkey were weighed, and without any documentation, 0.50AZN was required for every kilogram. He said that the weight of his things didn’t exceed 10 kg. There were used clothes among the things which were returned to him a day later, but, the new clothes have not been returned.
“I reminded them of the customs law stipulating that no fee is required for the goods not exceeding 50 kg. They agreed but said the goods in my bag were for commerical use,” he said.
The journalist added that he saw the incident as a provocaton against him. At about 4 am in the early morning, employees from all departments of the Nakhchivan Customs Committee were at the airport and they only showed interest in the goods brought by the journalist. He was first required to hand over invoices, and once the invoices were presented the authorities demanded contracts of purchase.
“According to them I should have concluded a contract for each product I brought. This is illegal. According to them, if you buy two shirts for yourself, it is more than one and thus, for commercial use. I told them that taking my property is illegal and that I am not a tradesman. I tried to explain that the clothes were for personal use, but it was in vain. I felt that they had received special instructions. I was told that my things will be returned if I present invoices and contracts, and pay the necessary fees within two months. This means that they will not be returned,” Abbasov said.
Abbasov will appeal to relevant bodies, the President of Azerbaijan, and sue the Nakhchivan Customs Committee for compensation of the incident.
Previous Post

MEMBER OF HUNGER STRIKERS ON THE RISE