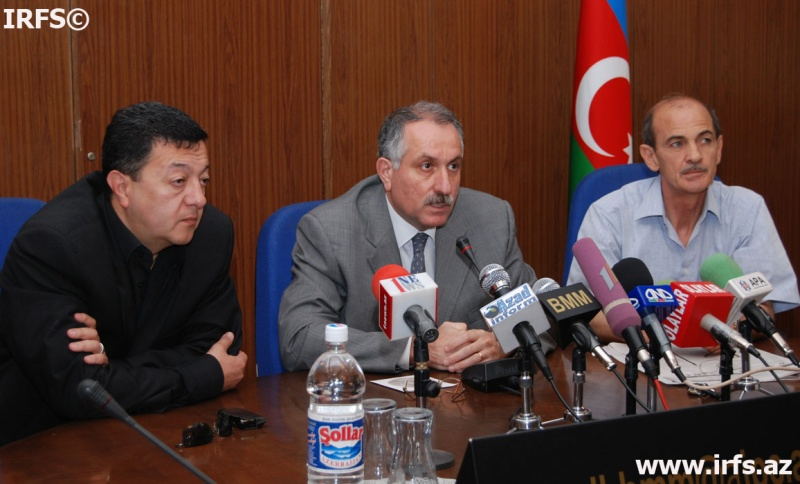 Yesterday (6 June), the results of six months monitoring of “Adherence to Ethical Principles in the Azerbaijani Press,” implemented by the Coalition of Azerbaijani Journalist Organizations, was unveiled.

According to Mehman Aliyev, the Director of “Turan” Information Agency and a member of the Press Council’s Executive Board, the project was funded by the U.S. Embassy in Azerbaijan, and involved “Najaf Najafov” Fund, the Journalists’ Trade Union, “Yeni Nesil” Journalists Union, the Democratic Journalists League, and “RUH” Defense Committee for Journalists.

“We have been implementing this project for 6 months. Our aim is to assist editorial offices in adhering to ethical principles. Our intention is to bring existing problems to light and aid in solving them,” said M. Aliyev. He added that breaches related to ethical norms in the press decreased twofold in March compared to February. According to Aliyev, infringements concerning dignity and honor and the inviolability of life also reduced significantly.

Project Coordinator Israil Musayev noted some that the monitoring, which started on 1 October of last year and covered 4 months of 2008, involves 59 newspapers and four internet news sites. According to him, 52 percent of these violations involve correctness, accuracy and objectivity. In addition 36 percent of the violations involve the principle of “respect for the information source” and 10.6 percent involve insult to honor and dignity. “We found the most articles with violations of the professional ethics code violations in ‘Ses,’ ‘Ideal,’ and ‘Muasir Musavat’ Newspapers. Although the Press Council has criticized all three of these newspapers, no change has been observed in their activity,” Musayev said. He added that the increase in breach of ethical norms in the three abovementioned newspapers is related to pre-election time.

At the end of yesterday’s press conference M. Aliyev noted that it is necessary to conduct training, prepare training books and take other similar steps to solve the problems uncovered by the media monitoring. This project will conclude in September 2008.