CONFERENCE ON “MEDIA AND ELECTIONS: DEMOCRATIC RESPONSIBILITY OF MEDIA” CONDUCTED 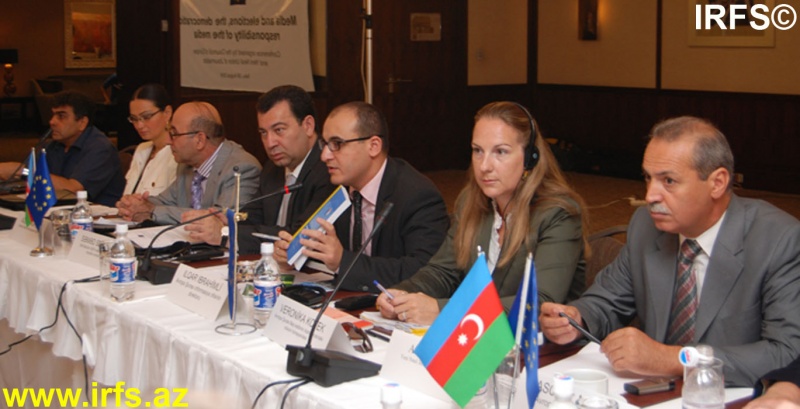 Today (26 August) in Guba Hall of the “Hyatt Regency” Hotel, the Council of Europe and “Yeni Nesil” Journalist Union conducted a one day conference on the topic of “Media and Elections: Democratic Responsibility of Media” within the framework of activity plan to improve media professionalism in Azerbaijan during the run-up for  presidential elections 2008.
Council of Europe Azerbaijan Information Office Director Ilgar Ibrahimoglu opened the event and said that the purpose of the conference was to analyze and study the role of the media, relations between the media and the government during the pre-election period.
Milli Mejlis (MM) Deputy, Head of Azerbaijan Delegation in the European Council Samad Seyidov, Parliamentarian Ganira Pashayeva, European Council Experts Paschal Mooney, Kees Booman, Veronica Kotek, member of the Central Election Commission (CEC) Azer Tagiyev and others talked about the role of the media, objective coverage of elections, journalist responsibility and professionalism during the elections.
Along with the representatives from European Council, CEC and MM, journalism organizations in Azerbaijan, the press, heads of embassies and international organizations, politicians and local experts participated in the conference. The copies of the books “Fair and Balanced Coverage of Elections” and “Freedom of Expression in Europe,” published by the Council of Europe, in Azeri, were given to participants.
Previous Post