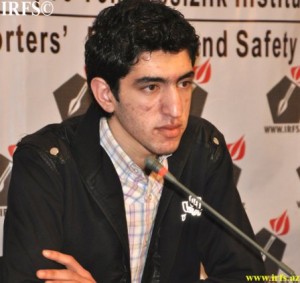 “As stated in the decision of Judge Fuad Talishinski, the reason for the refusal was my failure to present my proof of identity when filing the complaint” said the journalist. “There is no requirement in legislation to submit such a document. However my lawyers enclosed this document and filed the lawsuit once again”.

Background: Elmin Badalov sued the State Support Fund for Mass Media over the latter’s failure to respond to the journalist’s enquiries regarding its financial matters. The journalist requires that the Fund provides the requested information.