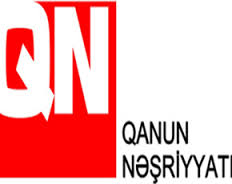 According to information received from Muzaffar Bakhishov, lawyer of Ganun publishing house, on February 28, Yasamal district Administrative-Economic Court #1 concluded the proceedings on Ganun’s lawsuit filed in connection with unlawful inspection and seizure of documents by the Tax Audit Department of the Ministry of Taxes.

“Our lawsuit was unlawfully and unreasonably dismissed, although we had provided sufficient proof, evidence and witness. We consider this decision unjust and intend to appeal to the court of appeals after obtaining it,” Bakhishov said.

Ganun director Shahbaz Khuduoglu said, if need be, he may even complain to the European Court of Human Rights. He added that the confiscated documents and computers have not been returned as yet.