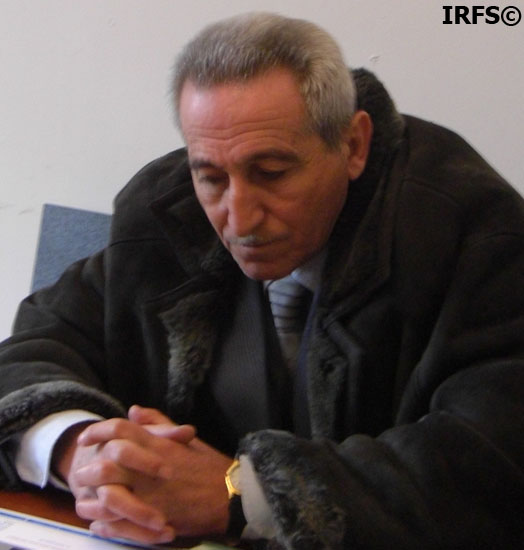 On 7 March a court hearing scheduled to take place in the Nasimi District Court, under the chairmanship of Judge Mammed Mammedov, on ANS Press’ Publishing House’s lawsuit against “Azadlig Fadaileri” Newspaper was postponed.
This occurred because the defense put forth a petition. Newspaper founder Tahmasib Novruzov asked the court to send the pictures published on ANS Press’ website that led to this lawsuit to be sent for expert analysis. The judge then adjourned the court, and announced that he will reveal his decision on this matter tomorrow (11 March) at 4 p.m. T. Novruzov told this to the Institute for Reporters’ Freedom and Safety.
Recall that ANS (specifically ANS’ Publishing House) filed a lawsuit against "Azadlig Fadaileri" Newspaper and correspondent Nebi Allahverdi, due to an article that was run in the 28 November and 01 December 2007 editions of the newspaper. According to ANS' legal representation, the article, entitled "The pornography of ANS," with the subtitle "ANS is in everywhere-impoliteness," doesn't correspond to the truth, and involves false, humiliating and insulting information. ANS is seeking the publication of a refutation, and wants a 50,000 AZN fine instituted against Allahverdi and a 10,000 AZN a fine instituted against "Azadlig Fadaileri."
Previous Post

INVESTIGATION BEING CONDUCTED INTO THREATENING CALLS TO JOURNALIST