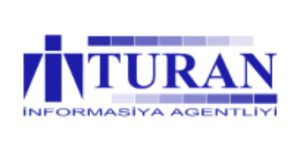 The Ministry of Taxes has sent an update to Turan Information Agency about the continuation of the criminal case against the Agency.

According to the letter signed by deputy minister Namig Aliyev, the measure of pre-trial detention against Turan director Mehman Aliyev has been replaced by travel restrictions, which means he is banned from leaving the country.

Background: On 7 August, Baku Local Taxes Department made a decision to impose a roughly 10,000-AZN penalty against Turan Agency for alleged evasion of 26,907 AZN in taxes. The total amount demanded of the Agency was about 37,000 AZN.

On the same day, the Ministry of Taxes annulled the decision regarding the 37,000-AZN tax debt of the Agency and its bank accounts were unfrozen. However, on 15 September, the tax debt decision was restored. The banks, where the Agency had accounts, received an order to confiscate the funds arriving into the accounts for the payment of the tax debt.