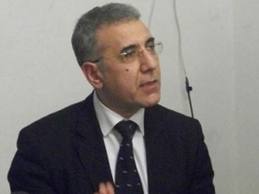 Azerbaijani state agencies have received requests from two Turkish courts, namely Bakirkoy Criminal Court of Peace and Bakirkoy Justice Court, about Legal Education Society head and lawyer Intigam Aliyev.
The lawyer himself reported to the Institute of Reporters’ Freedom and Safety (IRFS) about it on July 13th.

According to the lawyer, the Turkish courts request Azerbaijani courts to provide Intigam Aliyev with the materials of the criminal case filed against him by Bakirkoy State Prosecutor’s Office under three articles of the Turkish Penal Code, and to carry out necessary procedural measures in connection with the declared charges.

On December 6th 2011 Intigam Aliyev’s was not allowed on board of his flight to Baku and detained at the airport custody following his dispute with a customs  officer at  at the Istanbul airport. Aliyev was heading home after the meeting of civil society representatives organized ahead of the OSCE Ministerial summit in Istanbul. Aliyev was held at the airport’s detention facility. On the following day he was subjected to physical pressure by police officers Alaittin Sarıkaya and Salaittin Erkaraca at the airport and was deported. His appeals to the Turkish embassy in Azerbaijan and to the Ministry of Foreign Affairs of the Azerbaijan Republic for fair investigation of his case did not yield any positive result. Turkish prosecutor’s offices and courts rejected his appeals.
Previous Post

DISABLED PEOPLE SHOULD ENJOY EVERY OPPORTUNITY IN THE COMMUNITY