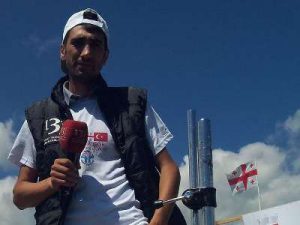 Kanal 13 online television reporter journalist Teymur Karimov was detained while preparing reportage in the refugee settlement in Barda city, the journalist himself reported.

Although the journalist was freed, a criminal case was launched against him under Article 127 (intentional infliction of less serious harm to health which was not dangerous to the life of the victim) of the Criminal Code.

Journalist Teymur Karimov was detained together with a man by name Adil, who was stirring up conflict in Barda city. But Adil was later released.