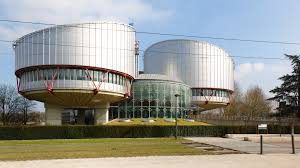 Complaints submitted by political prisoners to the European Court of Human Rights are not reaching their destination, lawyers of some of the prisoners reported.

In the most recent example, Javad Javadov, the lawyer for the Muslim Union Movement Chairman, theologian Taleh Bagirzade, said he had personally mailed a one-page addendum to his application via the 7th Baku branch of Azerpost LLC on November 12. However, the letter (tracking code RR002827845AZ) has still not been added to the tracking system.

Javadov said that he had sent letters of complaint to Azerpost regarding the problem, and had been told ‘the letter has somehow failed to make it into the tracking system and the issue is currently being investigated’.

Similarly, the submission by NIDA member Bayram Mammadov has also been delayed, reported the youth activist’s lawyer Elchin Sadigov. According to the lawyer, the letter to the European Court regarding Bayram Mammadov’s arrest also disappeared at the 7th branch of the post office.

The lawyer believes that the issue should be raised with international organizations. The complaints posted to the European Court regarding the ruling on the detention of APFP deputy chairman Fuad Gahramanli and the judgment against APFP member Murad Adilov have also both gone missing without explanation.

Azerpost refuted the allegations regarding missing letters. The post office stated that there might be a delay in the delivery of letters, but that letters could not get lost.