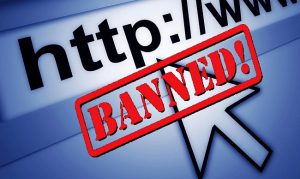 Access to the websites of Radio Free Europe/Radio Liberty (RFE/RL) and Voice of America (VoA) were blocked in Azerbaijan between 8 and 24 December. These leading sites had been among the few sources of news and information critical of the government still available within the country.

Meantime, the two websites were accessible outside of Azerbaijan.

The two websites, alongside with Azadliq newspaper’s and Meydan TV’s websites, were similarly blocked from 30 November through 2 December 2. Access to the websites was instantly restored after a meeting between Michael Lally, US Deputy Assistant Secretary of Commerce for Europe, the Middle East and Africa, and President Ilham Aliyev.