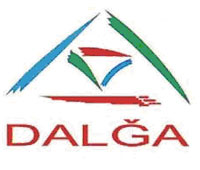 Yesterday, 21 April, “Dalga” Youth Movement conducted a protest in front of the Ministry of Sports to restore rights of Parvis Azimov, student of Lankaran State University. The Institute for Reporters’ Freedom and Safety was told this by “Dalga” Youth Movement Chairperson Vafa Jafarova.
According to Vafa Jafarova, “Dalga” activists demanded a meeting with Minister of Youth and Sports Azad Rahimov, that P. Azimov be restored to university and that the people behind provocation against Azimov apologize to him.
“Dalga” appealed to other government organs, but did not obtain any results. During the action, no one faced pressure, but police came after the action was over, said Jafarova.
An appeal will be made to the Lankaran City Court regarding Azimov’s expulsion from the university, then to the Appellate Court if a desirable outcome is not obtained, said Jafarova, emphasizing that she does not believe the local courts will issue a fair decision.
The university used the excuse that Parviz Azimov violated internal discipline rules to expel him, however he alleges that he was actually expelled because of articles about that school Azimov wrote that were published in newspapers in Azerbaijan.
Previous Post