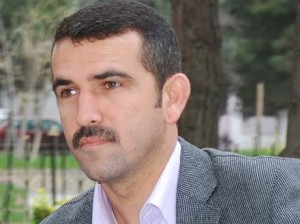 On May 15th the first deputy editor of Yeni Musavat newspaper, Azer Aykhan, was invited to the Department for Combating Organized Crimes of the Ministry of Interior to give a detailed statement on the threats that he has recently faced, the journalist personally informed the Institute for Reporters’ Freedom and Safety (IRFS) on May 16.

“I have been at the Department for Combating Organized Crimes for two hours, and gave an account to deputy head of the investigation department Janpolad Daanov about what had happened. I informed him about the threatening and abusive phone calls and messages that I received during the week. They checked the call and message lists of my phone. I provided the investigation with the numbers from which I received those calls and messages. Daanov said that those men will be found and brought to the Department for Combating Organized Crime, and a face-to-face confrontation will be arranged for me” said the journalist.

Background: On May 12, at 21:10, first deputy editor of Yeni Musavat newspaper, Azer Aykhan, received threatening calls from the mobile numbers +99450 648 02 02 and +99455 872 73 56. Aykhan suspects Ganja city mayor Elmar Veliyev of being behind this intimidation campaign, as Yeni Musavat has recently published several articles exposing his illegal actions in city governance. The deputy editor said he would appeal to the president and Interior Ministry in connection with the case and send an information inquiry to Azercell mobile operator to learn the names of the owners of above-mentioned numbers.