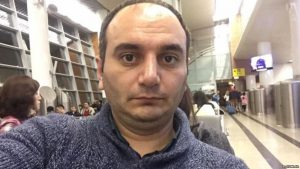 Baku Court of Appeal heard an appeal against Nasimi district court’s decision issued on 15 June 2017, which rejected the motion to replace the pre-trial detention ordered for Kanal13 internet television director Aziz Orujov with house arrest or bail. According to lawyer Javad Javadov, the decision was upheld. “As the domestic remedies have been exhausted, the complaint will be submitted to the European Court in the near future. We underline it once again that the charge leveled against Aziz Orujov lacks both factual and legal basis. It is trumped-up,” the lawyer said.
Previous Post