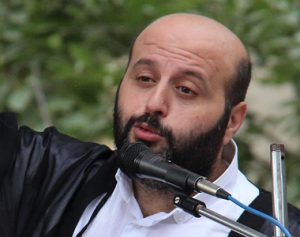 Masalli Regional Court has completed the proceedings on the criminal case of maide.az website editor-in-chief, theologian Sardar Babayev.
According to lawyer Javad Javadov, Babayev has been sentenced to 3 years in jail.
Recall that, Babayev was charged under Article 168.1 (encroaching on the rights of people under the pretext of religious rites) of the Criminal Code. According to the indictment, Babayev has received religious education abroad, whereas Azerbaijan’s existing laws do not permit him to moderate religious ceremonies.
The defence argues that Babayev had received his religious education abroad before the restrictive article in question was introduced to the legislation. Furthermore, the said restrictive article has been mitigated in May of this year. Now, even the people, who have received religious education abroad, are able to conduct religious ceremonies after having obtained consent from the Caucasian Muslims Office.
On 22 Feburary 2017, Masalli Regional Court ordered to detain Sardar Babayev for one month and seven days.
His detention term was later extended.
Previous Post