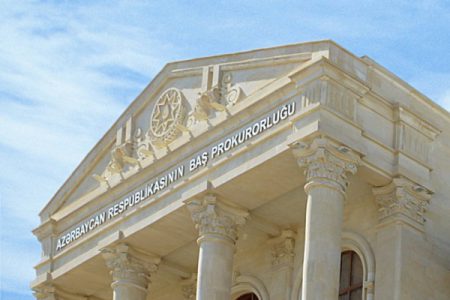 The Prosecutor General’s Office has issued a warning to several internet websites.
According to the press service of the prosecutor’s office, investigations have found that in recent days some mass media outlets, including aztoday.az, infoaz.org and xural.com websites, have disseminated articles with various headlines containing false and biased information aimed at causing a sensation and misleading the public opinion.
In this connection, the chief editors of those websites were received by first deputy prosecutor general Rustam Usubov. In accordance with the requirements of the Law on Prosecutor’s Office, they were required to put an end to the dissemination of biased information on their websites for the sake of sensation. They were also officially warned that if they continued to disseminate similar information in the future, stricter measures stipulated by law, including criminal responsibility, would be taken against them.
Previous Post