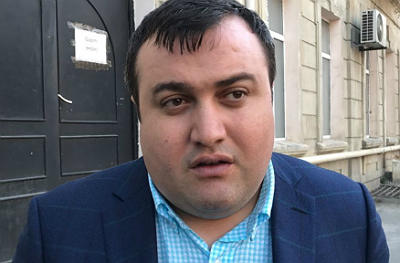 A judge of Shaki Grave Crimes Court, which is handling the criminal case of arrested journalist Elchin Ismayilli, has illegally asked that the date of lawyer Eclhin Sadigov’s warrant of attorney be changed, the lawyer has reported.
Besides, the lawyer has not been allowed to meet the journalist. Sadigov says he is planning to appeal to the Judicial Legal Council in this regard.
According to Sadigov, he has sent a telegram to the court requesting the deferral of the preliminary hearing as he was not notified of the hearing date in advance. However, the hearing has not been postponed. The lawyer believes that the judge wants to cover up his illegal act by annulling his warrant. In Sadigov’s opinion, a warrant is an unchangeable document with its number and date, and it is impossible to falsify it, even if the judge demands so.
The lawyer says he is going to appeal to the prosecutor’s office over all these illegalities.
There will be a hearing on the journalist’s fabricated criminal case on 24 August.
“I am going to present my warrant to the said court and demand that they ensure our right to sufficient time and opportunities to prepare the journalist’s defence,” the lawyer added.
Previous Post