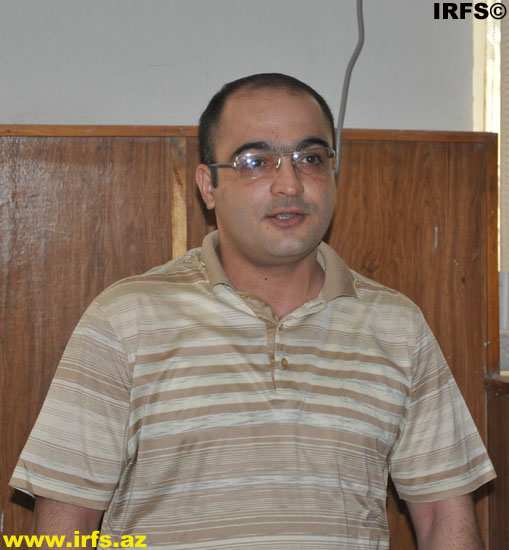 Today, 2 July, in the Garadag District Court, under the chairmanship of Judge Ismayil Khalilov, a hearing was held on the criminal case against the Editor-in-Chief of Gundelik Azerbaijan and Realniy Azerbaijan Newspapers, Eynulla Fatullayev.

Eynulla Fatullayev delivered his final speech during the hearing. He said in his speech that Azerbaijani government does not want to release him; the criminal case filed against him was a provocation in a row and he expects similar incidents in the future. The journalist stressed that this provocation was set up by the National Security Ministry. “Some of the officers at prison work in favor of us,” said Fatullayev. “A few days before the search was conducted on me, I was told that NSM employees would be visiting the facility. The administration knows well that I will continue my journalist work after I am released; they fear that. Free me, if you are not afraid.”

Fatullayev then noted that the court will not take into consideration several pieces of evidence proving his innocence.

The European Court of Human Rights issued a decision regarding the case of imprisoned Editor-in-chief of Gundelik Azerbaijan and Realniy Azerbaijan newspapers Eynulla Fatullayev. The decision states that the journalist should be released immediately and the Azerbaijani government should pay 27,822 EUR to Fatullayev in compensation.

INTERVIEW IN QUESTION SENT FOR EXAMINATION