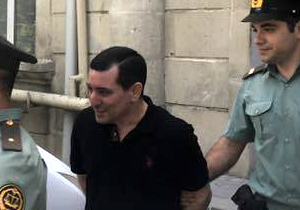 Background: Sabail district court sentenced Faig Amirli to 3.3 years in jail on 24 July.
Amirli was detained on 20 August 2016. He is charged under Articles 213.1 (tax evasion, in a large amount) and 283.2.2 (incitement to national, ethnic, social and religious hated and hostility through abuse of office). According to official reports, Fetullah Gulen books were found in his vehicle.